The research phase of my graduate thesis project culminated in creating several urban probes which were used to collect data about residents’ feelings of a space in the moment. 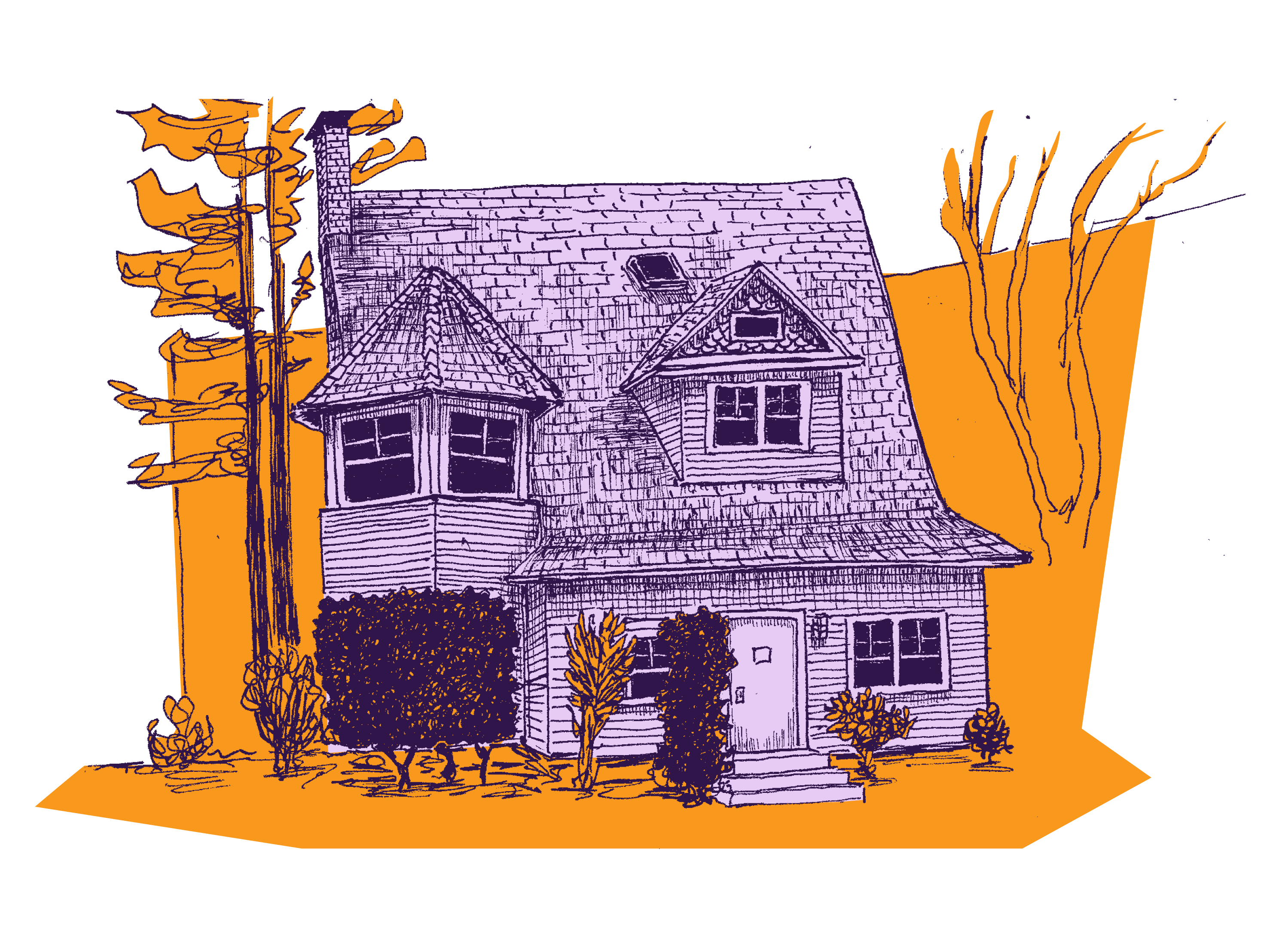 Design Question: How do other people in my neighborhood feel about these changing small urban spaces? Do online platforms help facilitate this question better?
‍
‍Length: 1.5 months

Scope: Physical (postcards) and digital (webpage) probes were constructed and placed near current and future construction sites. The featured urban probes were part of a bigger project found here.

My process for creating probes started with very basic, physical items to asking people to interact with a digital platform. The making of these probes was time-consuming (they involved detailed drawings and code) but worth the research results they would reveal.

How I Arrived Here

Observing spaces in my neighborhood came in the form of sketching. These were initially in public spaces like small pocket parks or street corners. I sketched people interacting or the systems of a city the space contained (bus wires, mailboxes, trash cans, etc.).

Soon after, I noticed a construction sign had gone up on an early 1900’s Craftsman house close to my apartment. I started to draw it as a way to document it as I had done for the previous building. At the time, this action was just part of the many sketches I had made of my neighborhood. While I had felt sad to know this incredible building would be gone, it made me feel better to capture this house as it was. This led to me going around the rest of my neighborhood and sketching other buildings that had construction notices in front of them. I began to feel this urgency in documenting these spaces that would soon be gone.
301 Belmont Ave E
A sketch of an older home that has been divided into several living spaces.
127 Bellevue Ave E
This sketch was my second (and the closest to my own home).
740 Harvard Ave
‍An apartment building from the 1920's that faces demolition.
722 Broadway E
A soon-to-be demolished BnB on Capitol Hill. 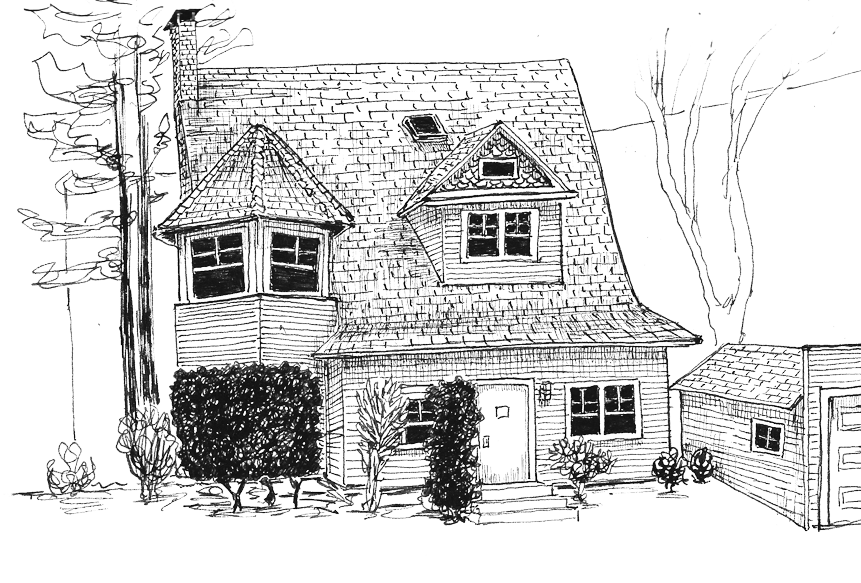 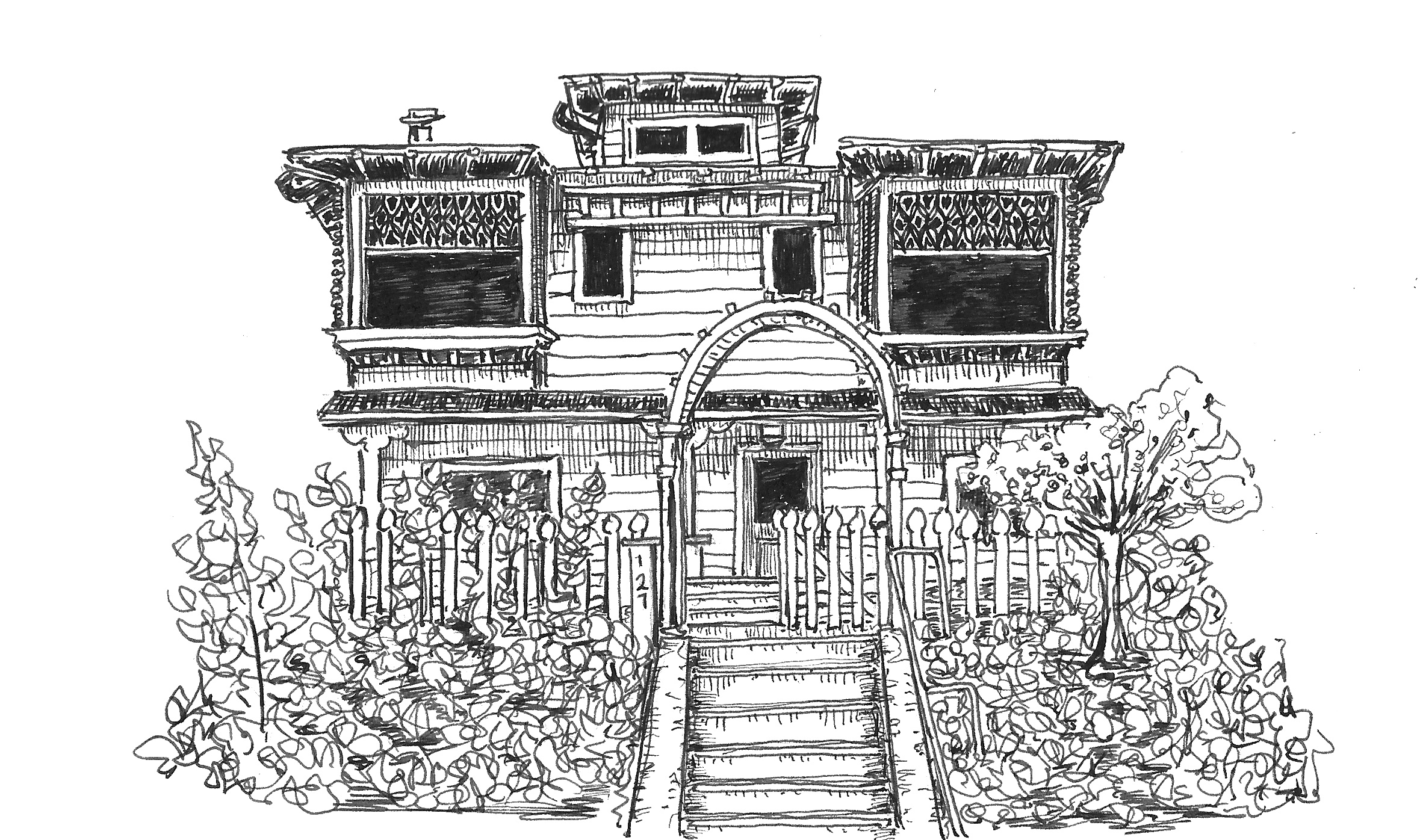 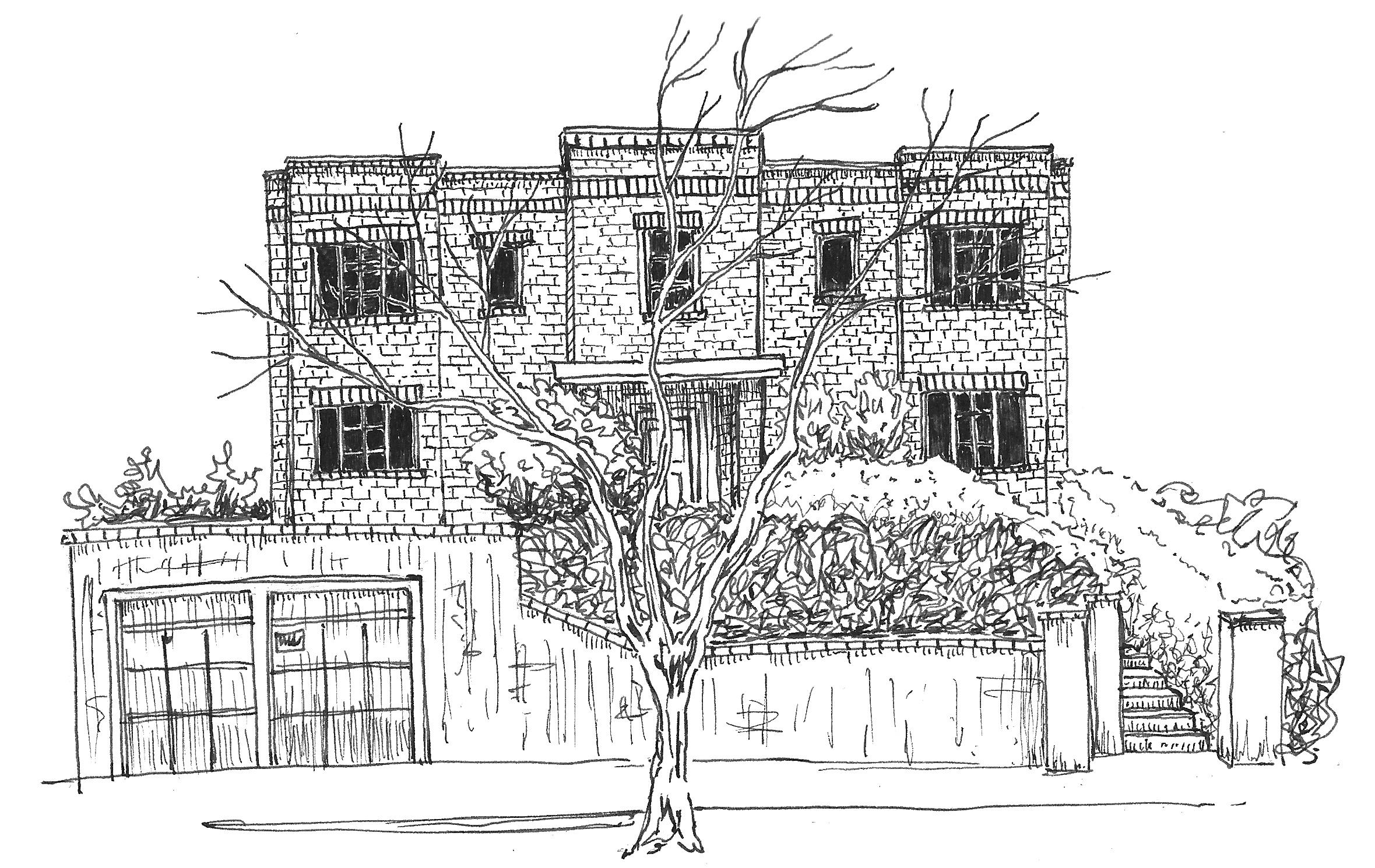 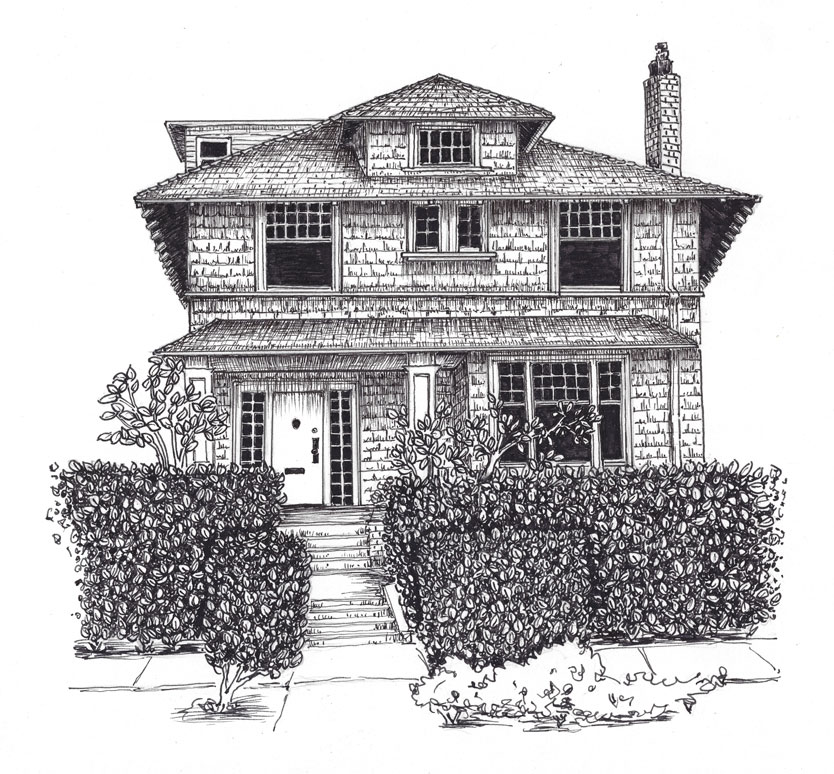 I wanted to find out what the other residents in my neighborhood felt about all these changes spaces. There were a variety of ways I could have approached this issue: I could have had a link to an online survey posted in front of the sites, I could have stood in front of them and asked people their thoughts, or I could have left a physical survey for people to fill out at the sites. Asking people their thoughts in person could have been the most fruitful, but I know that people in my neighborhood avoid anyone with a clipboard like the plague. I also was interested in how digital spaces can affect physical spaces, so I was curious to test some ideas about situated online activity I had.
‍
The idea for an urban probe came from the work of Eric Paulos and Tom Jenkins. Their urban probes were pre-marked postcards that they scattered all over a public space to see how well people paid attention to litter. They tracked each postcard to see when and where people mailed it in (if they picked them up). Probes allow researchers to go beyond survey questions and look at participants’ actions rather than answers. Urban probes can allow us to see the boundaries of things in spaces and how participants are interacting with their physical space.

In all, I chose three sites: a multi-family house on Bellevue Avenue, an apartment building on Harvard Avenue, and an empty lot on Boylston Avenue that used to have a multi-unit house on it. Every space had resident foot traffic around it and they were all within walking distance of my own residence at the time. For my first urban probe, I went with an analog approach that was inspired by Paulos/Jenkins’ work. 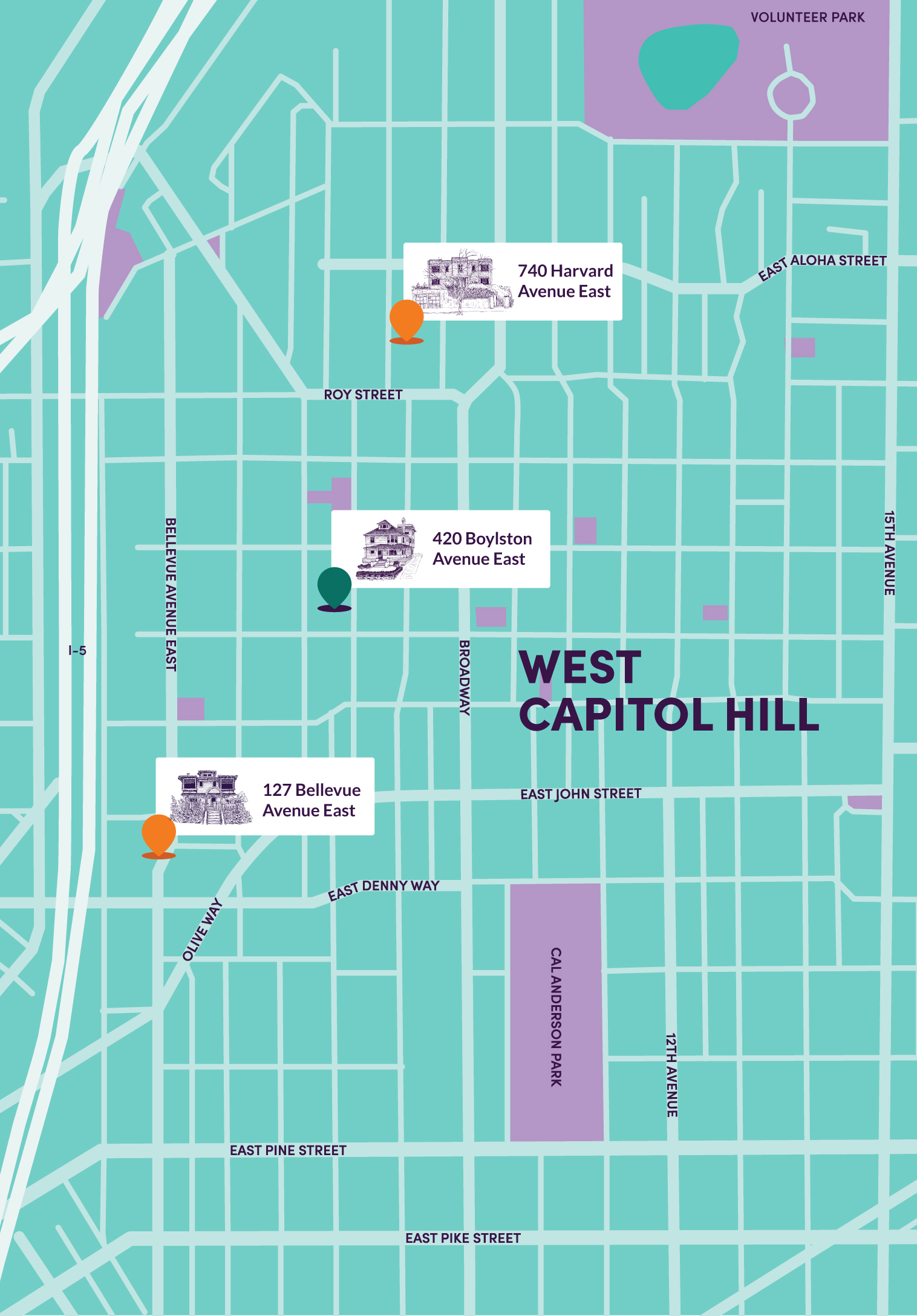 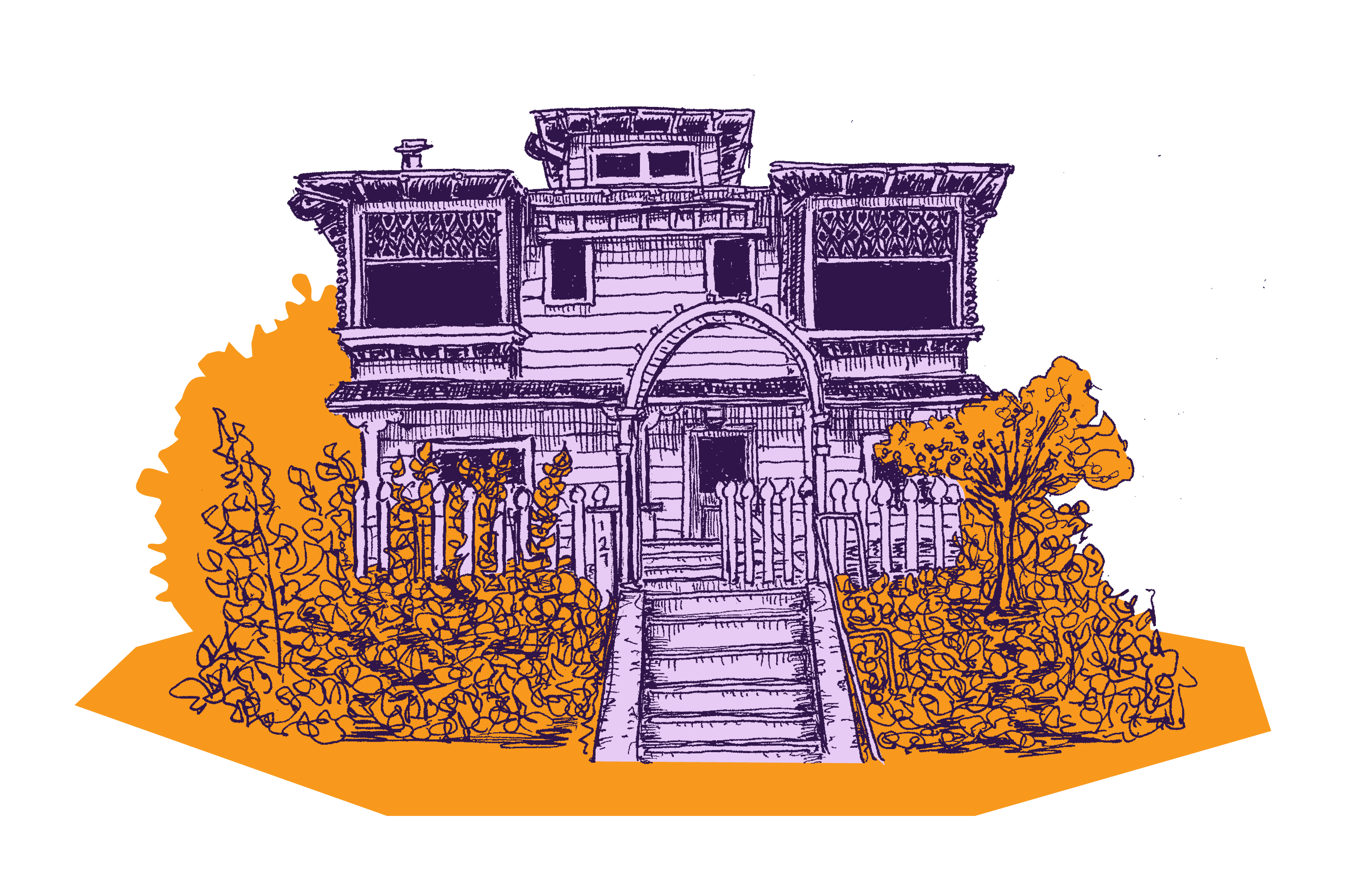 I used the postcards in a different way than Paulos/Jenkins—I wasn't interested in how the postcards spread, but in what residents had to say. Every probe needs to have a question that we hope it will answer. Mine had several:

Will residents of my neighborhood miss this space? What are their thoughts about the changes?

I began by using my sketches on the postcards that corresponded with their site. The postcards ask residents to share their thoughts on the back of the give the back side as a space to reply. I stapled two plastic baggies to the construction notice: one that has blank postcards and pencils, the other for filled out postcards.
‍
I checked on these postcards for a few days, but Seattle had its one snowstorm of the year during this week. My posters quickly degraded and no one was taking the time to write out their thoughts in the snowy weather. I got a few replies back, but not the number I was hoping for. Funnily enough, I was constantly having to refill the blank postcard bag. I left the postcard probe up a little longer because of this, but took it down when even more snow showed up.

I wondered if my postcards were too “souvenir-worthy” and that might be the reason I wasn’t getting replies back. Or people wanted time to mull over their answers and didn’t feel like leaving the postcards in the inclement weather. The responses I did get were varied—people would miss the space, but they wanted affordable housing. Some got very poetic about how they will miss the green spaces or the texture of the brick. While I was happy to get this level of detail and not simply yes or no answers, I wanted more contributions (regardless of bad weather).

Hover over the addresses above to view examples of the filled out postcards. 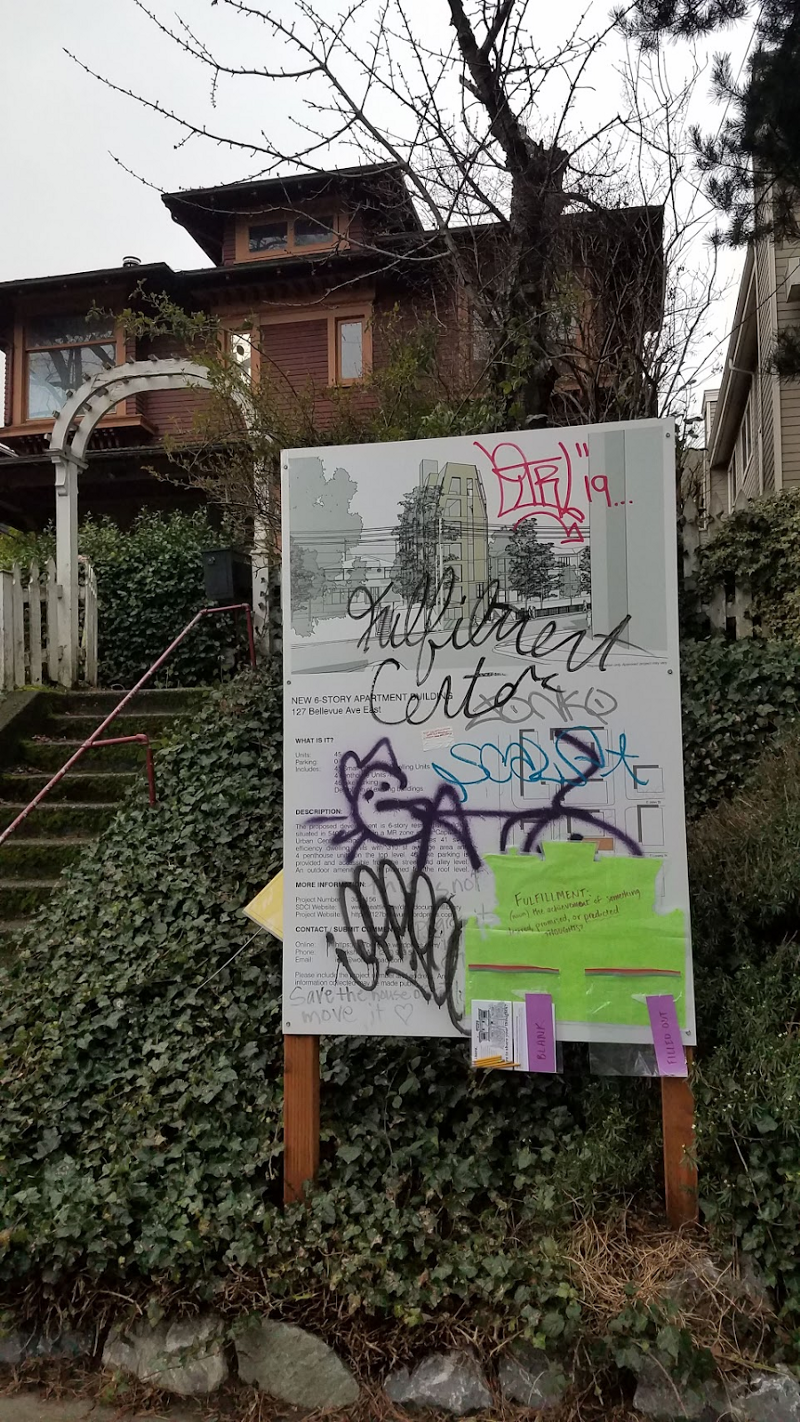 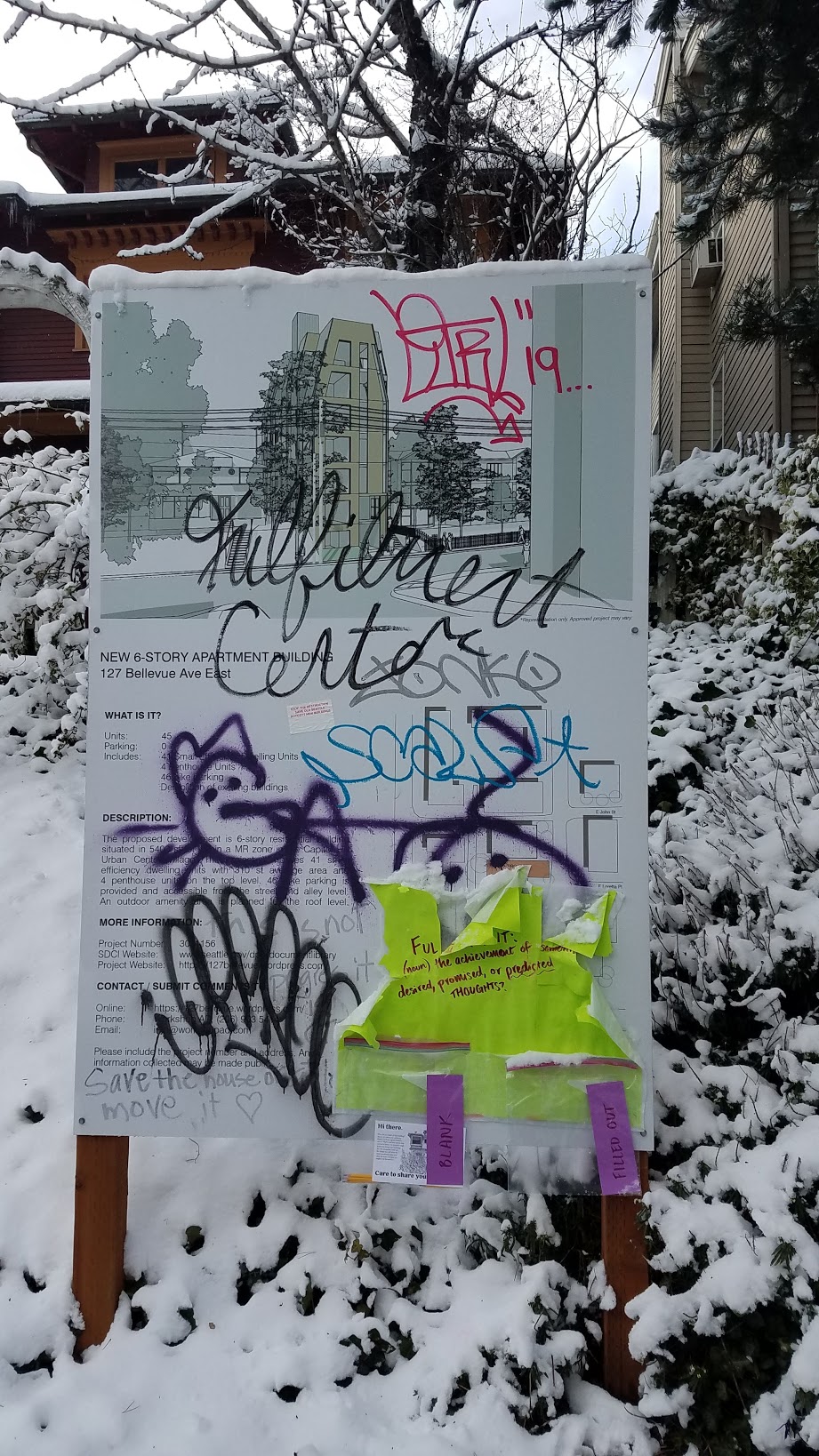 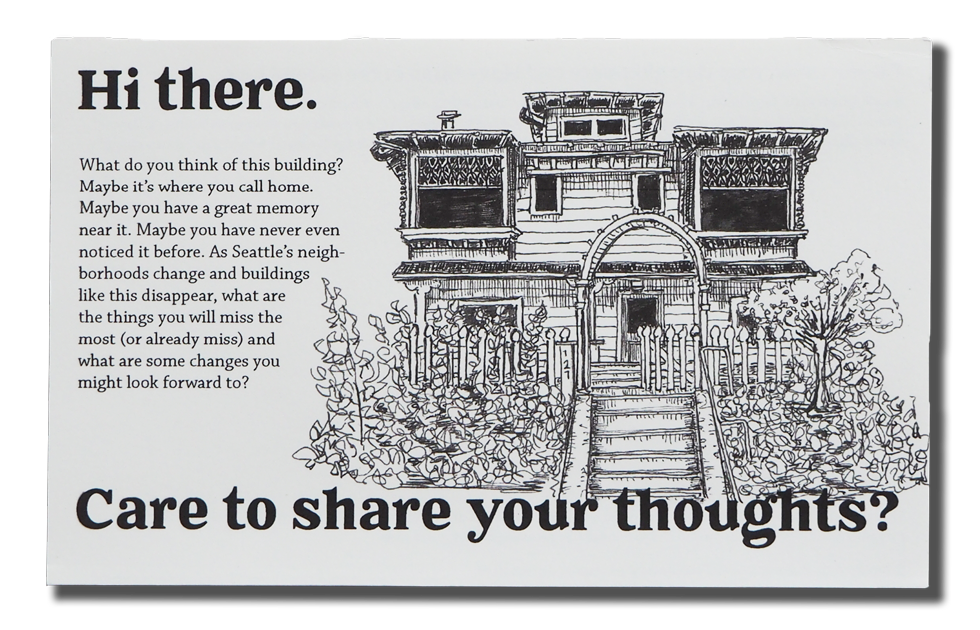 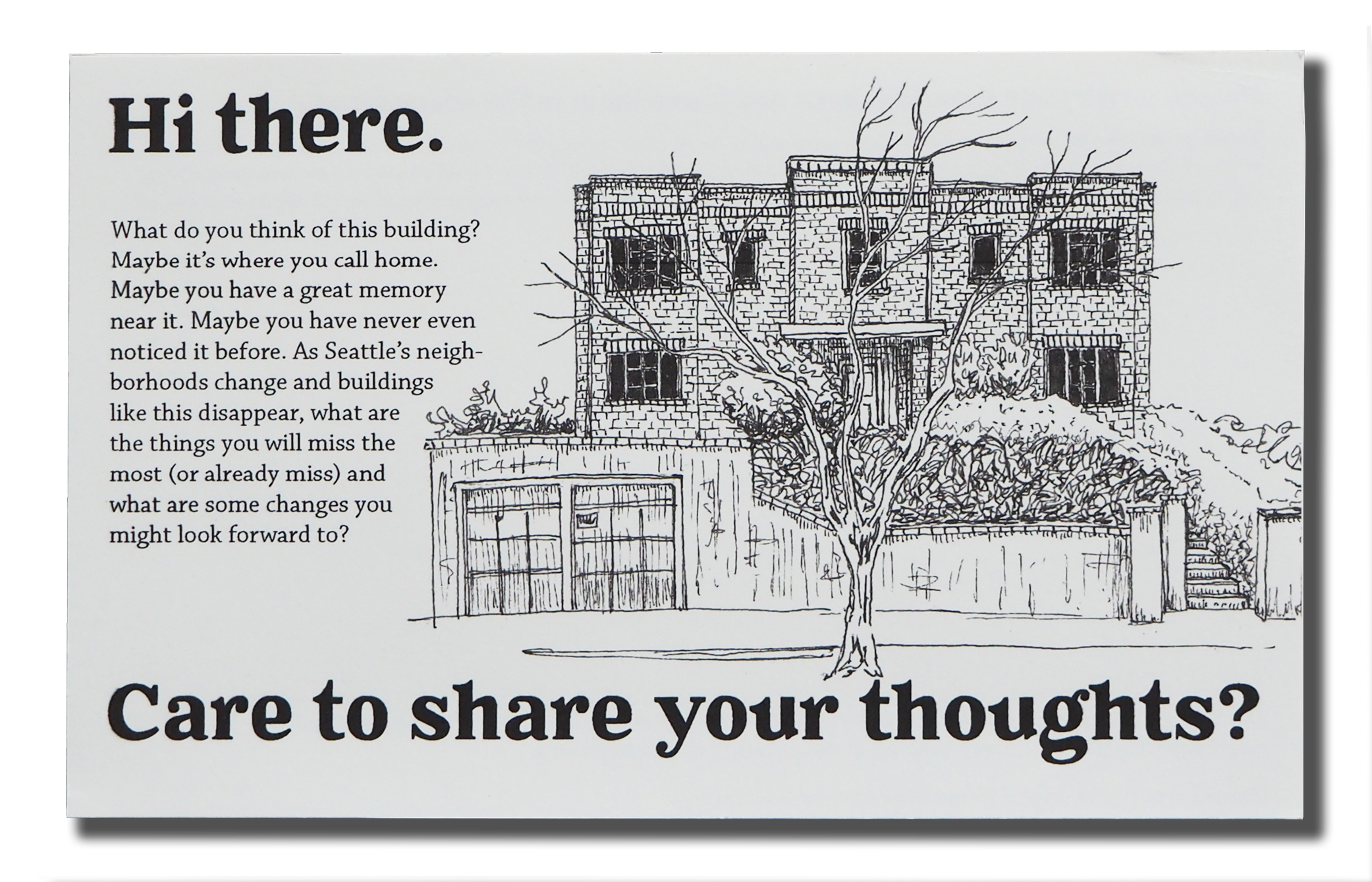 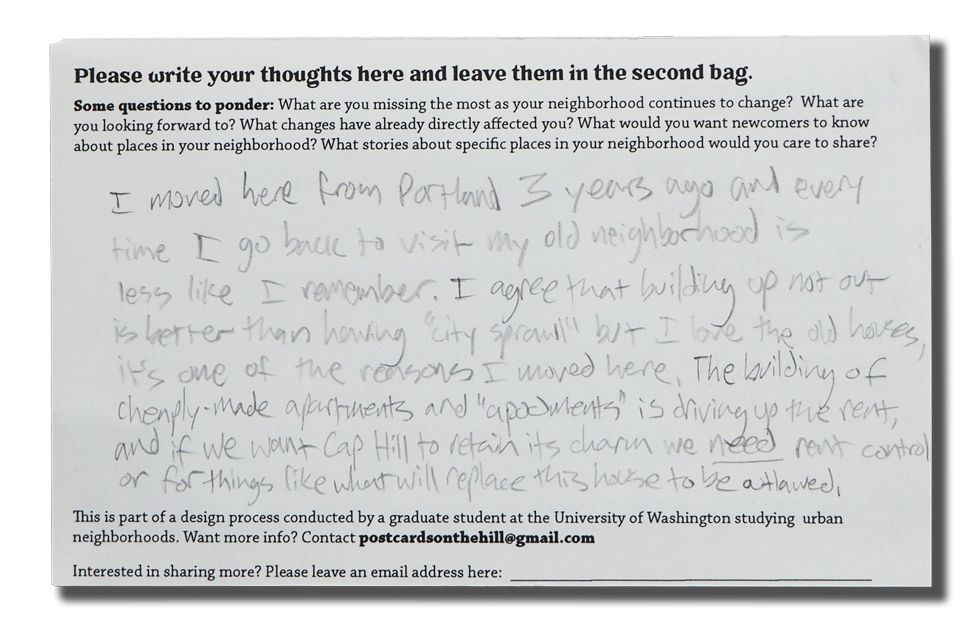 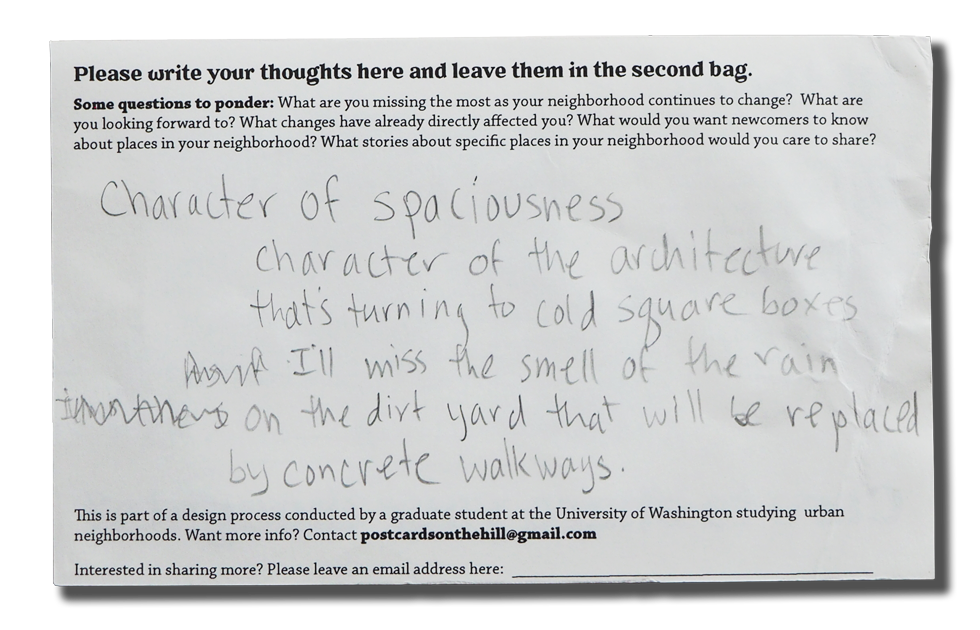 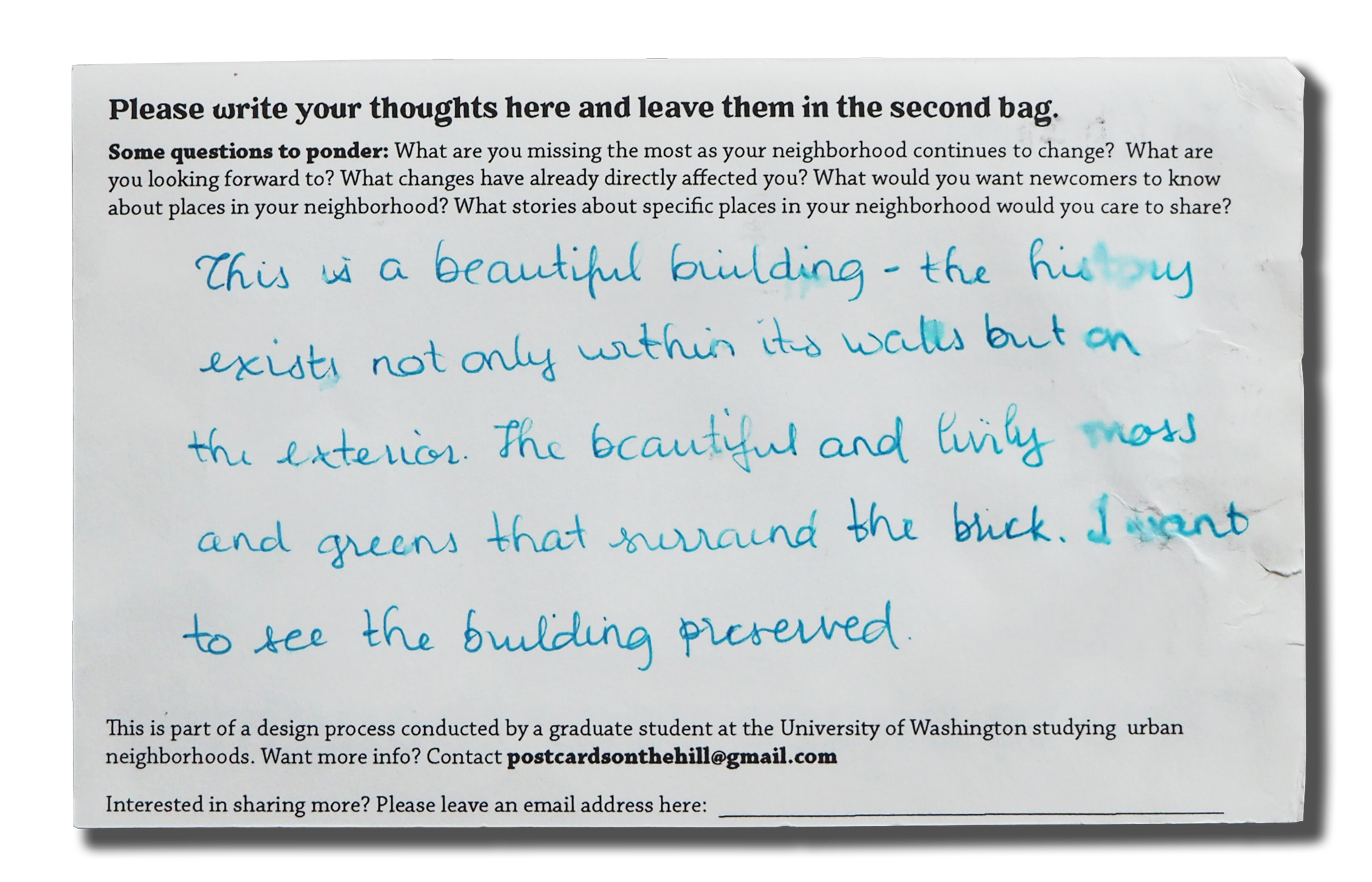 I came across a construction site in my neighborhood and realized I couldn't remember what was there before. Thanks to Google Streetview, I was able to see the house that stood there before it was demolished. This site provided a liminal space to test my next probe—would providing a portal to see the past and future prompt more response from residents?

What do residents think of what was in this space before? What do they think of the proposed changes?

Does an online platform work better for capturing these thoughts?

Above: Past, present, and future of the site at 420 Boylston Avenue.

For the third site on Belmont, I was curious if people missed what was there before. I decided I wanted be able to view the past, present, and future of this site quickly through an online portal and ask people what their thoughts on this change were.

To do that, I made a poster with instructions to go to a web address and asked users to point their mobile device at the construction site. The poster is sparse (and frankly, ugly) on purpose: I didn't want to waste time creating the perfect poster and wanted it to stand out amongst the many event posters on light poles in the neighborhood.

The webpage uses a mobile device’s camera stream to situate you near the site. If you stand at a certain spot, a filter of a playful gif on top of the camera stream lines up with the construction site. 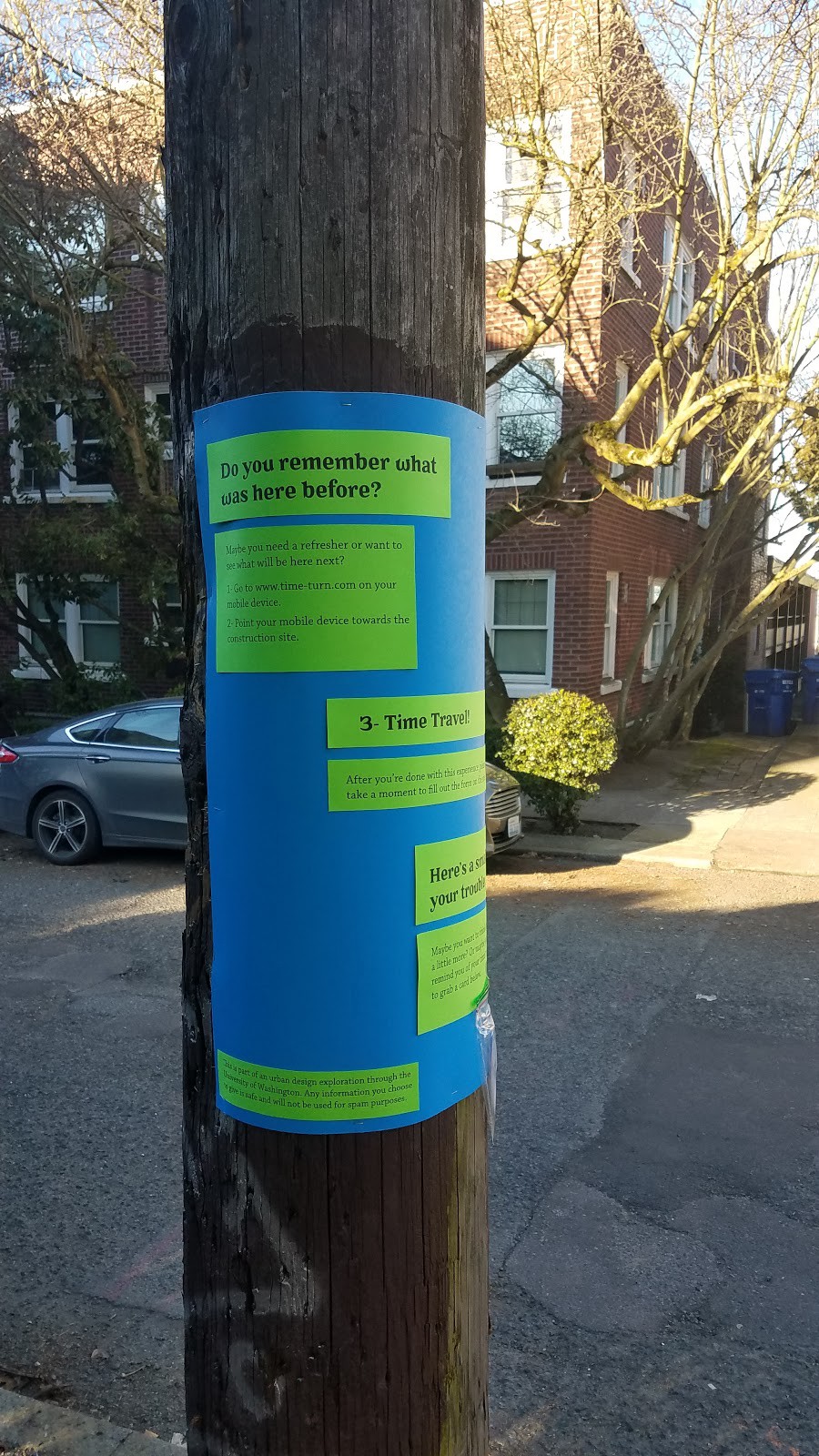 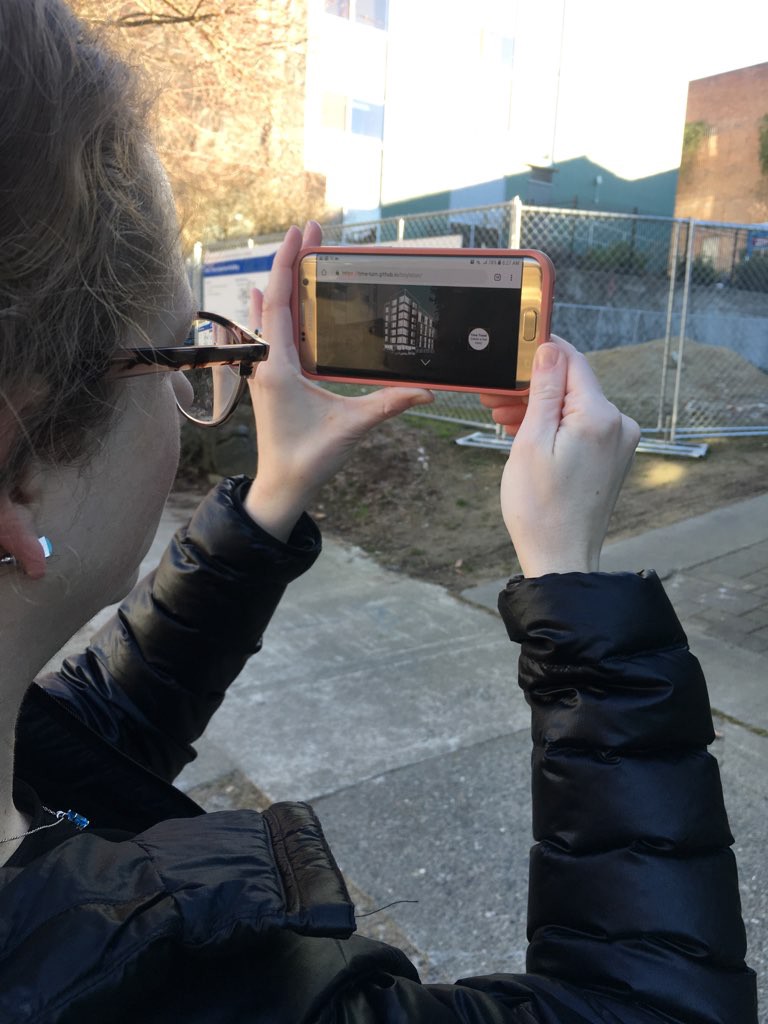 I added animation to the past and future overlays as a way to make this platform a little more light-hearted. Pressing the “time travel” button shows the rise of a zombie-like apartment building that eats unsuspecting people passing by. Scrolling down the page takes users to an embedded Google survey that asks questions about change of space.

You can check out the live site at www.time-turn.com (it only works in mobile. If you are using a desktop be prepared for the gif to be shown across your face.) I coded the site myself and used this tutorial to use a camera stream. 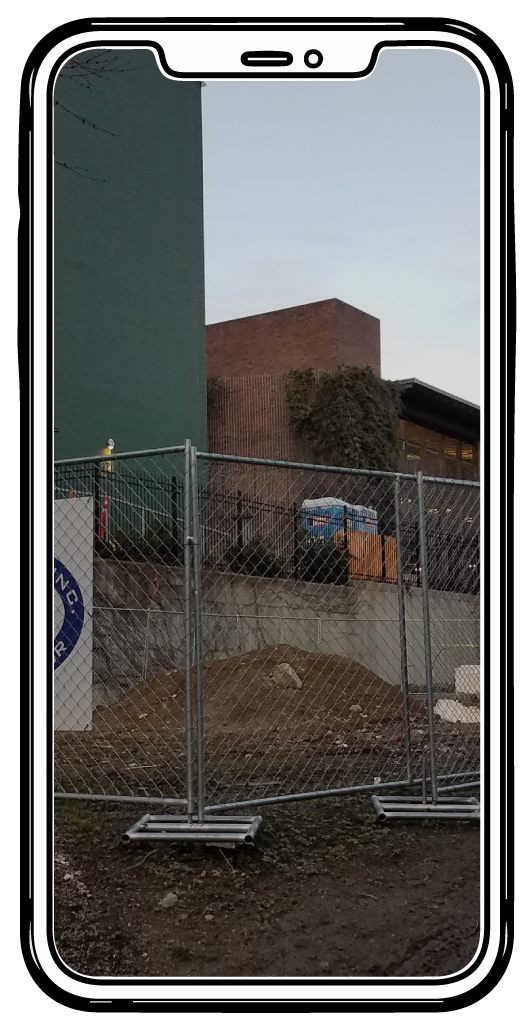 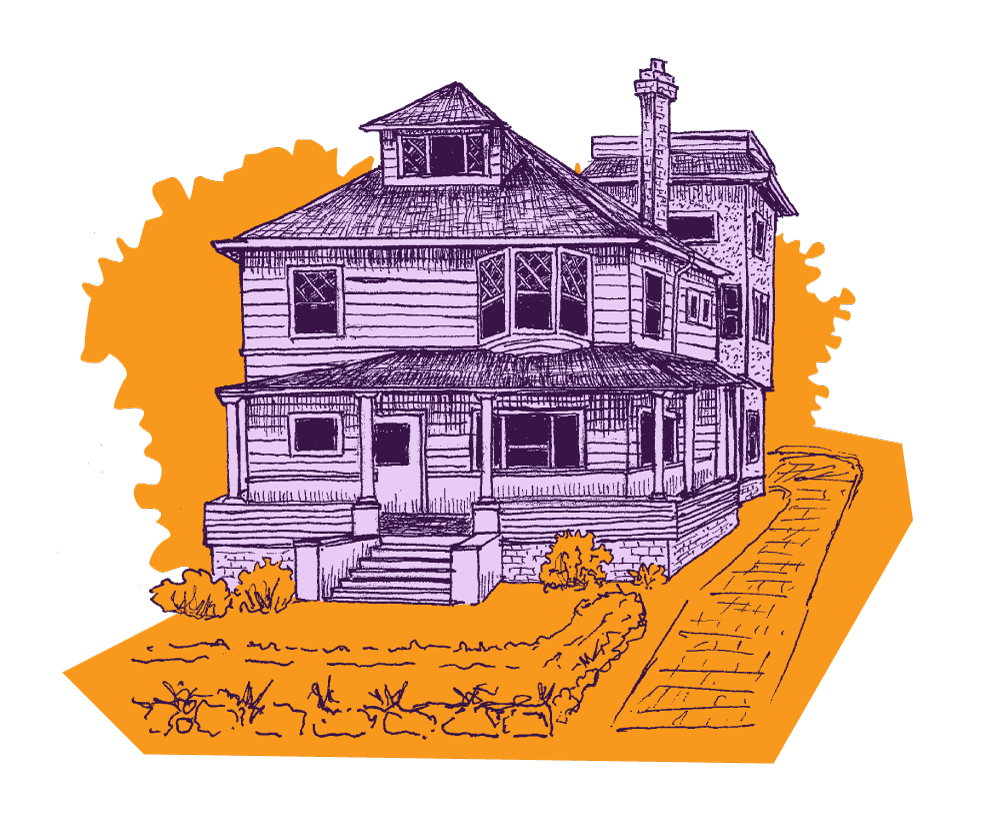 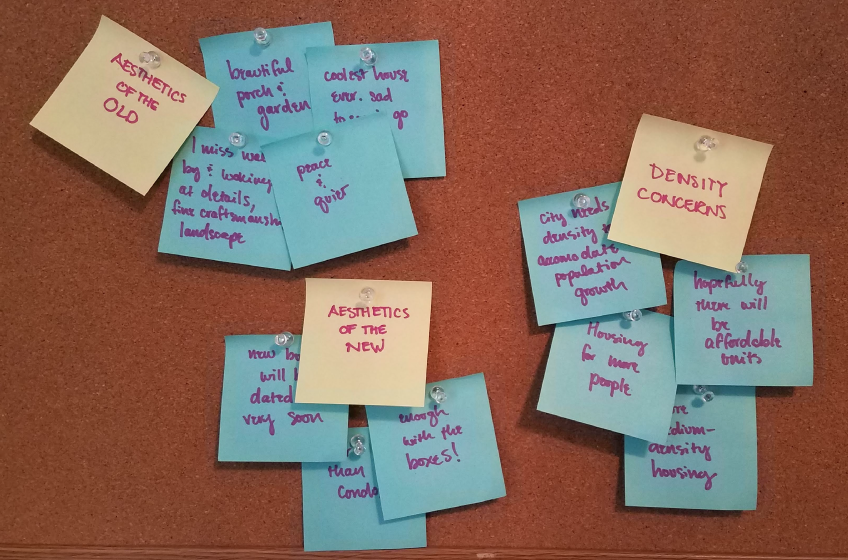 After roughly six weeks of urban probes, it was time to analyze all I had learned and move forward with the design process (you can check out the rest of that project here.) The main points of reflection from the probes where:

Residents will miss the older aesthetics.
Several residents spoke poetically about the craftsmanship and details of the spaces they will miss. Some mentioned the landscaping and greenspaces that these older spaces (which were set back further on the lots) provided.
Residents had an eye toward the future.
Many who expressed they will miss the old spaces also acknowledged the need for more density—they see the new builds as necessary for the future of their neighborhood.
A digital research tool gleaned better results.
The digital portal received more varied and in-depth answers than the postcards provided. Bringing out a phone to type is more intuitive and better for inclement weather than writing out thoughts on paper. 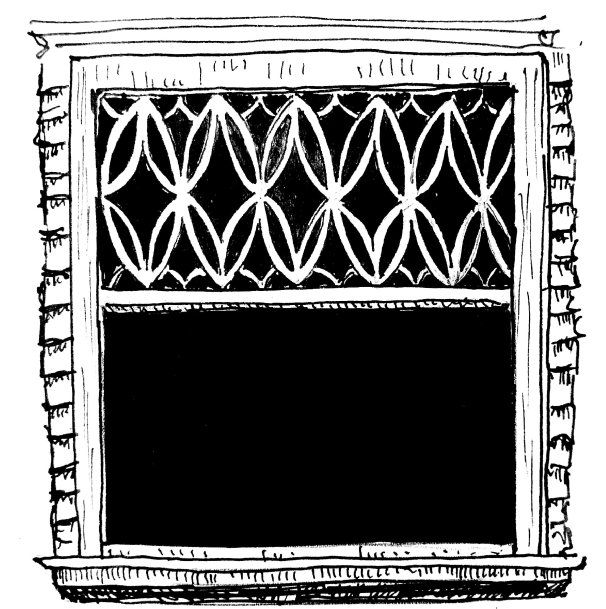 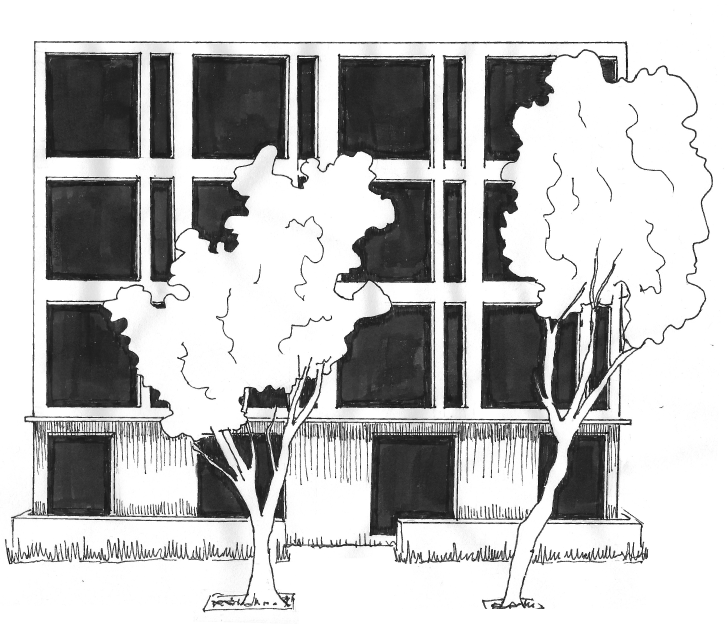 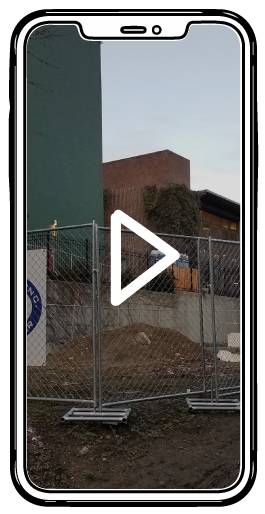 Welp, this is embarrassing.
I'm still working on what some of these projects look like on mobile, so please check this out when you're on a desktop.